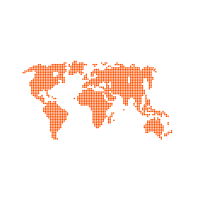 In relation to child sex offenders, “modus operandi” refers to the techniques that child sex offenders use to gain access to children and communities, create opportunities to be alone with the child in order to offend, and strategies they adopt to prevent being detected.

With increasingly tighter legislation and law enforcement the world over, the child sex offenders have developed ever more sophisticated methods to access and spread information and child sex abuse material as well as opportunities, wheres and whens, to access children. A hardcore group of child sex offenders have developed into a well-organized global community. Increasingly they engage in organized crime themselves and are served by organized brokers in addition.

Modus operandi of travelling child sex offenders often fall into one of two distinct categories: (1) those who approach children directly, such as street children or children in communities, and (2) those who use networks to access children, such as brothels or organized procurement through digital intermediaries. Studies and reports have found that boy victims are more likely to be approached directly and girl victims are more likely to be approached via brothels.

The shift in modus operandi has been towards delivering a child for sexual services directly to the customer as per a pre-arrangement and using an intermediary or broker to control the child. Brokers can be from different social, economic and ethnic backgrounds, particularly those having some form of contact with tourists. These can be taxi drivers, motorcycle taxi drivers, hotel staff, tour guides, or beach boys. (Beach boys are the young boys who themselves approach tourists directly or through a pimp to provide sexual services. The activity of soliciting is conducted on the beach). In some instances children act as agents themselves.

With technological advances and the proliferation of the Internet, new methods adopted by those who look for sex with children online are coming to the knowledge of law enforcement agencies. Using the computer to solicit children for sexual purposes could include directly communicating with children or using websites that offer sexual services of children. Having made the initial contact, other illegal activities could involve travelling to the destination country to engage in sexual activity with children. It could also involve “online purchase” of sexual abuse of a child. In this case, the offender pays a person “on the other side of the world” to sexually abuse a child and the paying offender watches the abuse in real-time via webcam. Thus, children actually can be abused even though there is no “foreigner” actually “visiting” the country.

Further trends reported by law enforcement agencies include the changing travel practices of child sex offenders. Child sex offenders are more likely to be long-term residents living and working in the region, as opposed to short-term tourists. In an increasing number of cases, offenders are noted to be infiltrating more isolated communities, renting houses, employing local domestic staff and building the trust of local community members and vulnerable families and children. In a number of these cases, child sex offenders gain the consent of parents using deception.

Authorities warn of the increasing number of child sex offenders assuming employment as teachers, tutors and other child-contact occupations with almost unrestricted access to children. The lack of screening and proper recruitment procedures for such staff can perpetuate this situation.

“Non-traditional” forms of prostitution are also reported to be on the rise, such as relationships between young girls with adult Western males who could be short-term tourists or residents. These associations could entail sexual interaction in exchange for shopping trips and travel paid by the tourist or resident. The sexual interaction might not be seen by the girls or their families as a form of sexual exploitation or prostitution.

Law enforcement agencies confirm that a significant number of child sexual abuse cases involve drugs and alcohol. Child sex offenders often lure children with offers of alcohol and computer games in attempt to form a bond of trust and understanding. For non-compliant children, some offenders first drug then sexually abuse the child, since they can more easily overpower and control drugged and drunken children. Some offenders go even further by creating a drug dependency to lure the child back.